How is everyone back home??

This morning I woke up at my usual 5:30am, took my cold shower and ate breakfast with Veronica, my host mother.

I made myself a lunch with whatever I could find, (today: fried rice with ham and cactus fruit), and embarked on my usual 20-minute, uphill trek to el Centro de Salud. 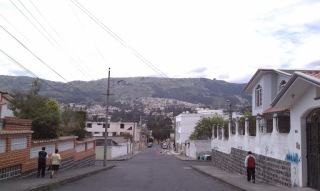 Today was a typical day in the ER.  I had to wait outside the door for 10 minutes until the rest of the staff arrived, (typical Ecuadorian time). (Only here am I ever early to stuff).

With only one doctor, one nurse and myself, it didn’t take long for a line to form outside the door.  But we work at a steady pace and see a lot of returning patients in need of fresh dressings.

One kid came in with an obvious broken arm.  You can tell he had been crying, but he was tough.  I asked him for his name.

He sat and waited patiently as la doctura examined his arm.  Then I watched as she went to the supply cabinet and dumped out the contents of one of the boxes.  She then took the scissors we use for bandaging and started cutting the different flaps off the box.  I really didn’t know what she was doing until she began fitting the box flaps to Miguel’s arm, which involved a lot of manipulation and discomfort for the patient.

Sigh.  Add “slings” to my list of stuff to send here once I return home. 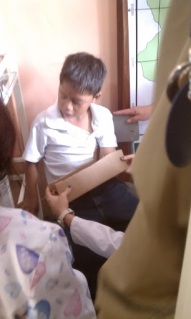 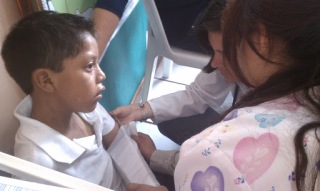 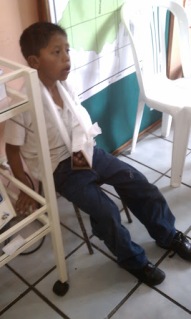 Later in the day I walked with two physicians to a school nearby.  They explained that as part of their job they have to do a brief physical examination of every single student in the schools of Conocoto… and there are over 50 schools.  Quite a task, indeed.

We spent a couple hours measuring, weighing and examining some 80 fifth-grade girls.  It wasn’t anything special until they noticed how slowly I read off the numbers in Spanish.  At first they just thought I was really bad with numbers, until one of them asked my name.  When I told her I was Stephanie and from los Estados Unidos, her eyes got reeeaally big.  Then she ran off to discuss this with her friends.

Next thing I know, I am surrounded by fifth-graders everywhere, pushing in to ask me my name, how old I am, if I’m married, what my favorite band is, if I’ve seen snow…  I felt like quite the celebrity!  They’re favorite part was when I read aloud their Ingles homework.  If only I had had that kind of effect on the fifth-graders I used to work with in the U.S. 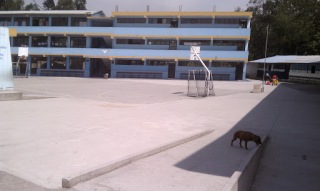 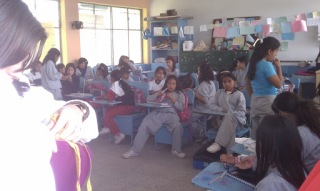 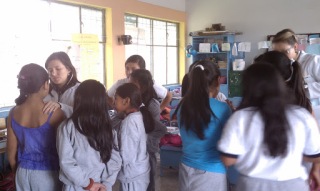 After my hour of fame, I walked to lunch with my two best buds at work: Marcia and Gladys.  These women are so funny.  Between their different personalities and my language barrier, we’ve had plenty of laughable moments.  For example, when ordering I tried to ask the waitress for some ice cream, which is helado.  Instead, and to the surprise of my colleagues, I ordered hígado… which is liver… 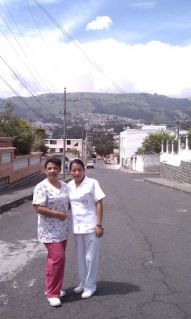 Marcia & Gladys
When 3:30pm rolled around, I hopped on a bus to Quito for my Spanish lessons.  Until recently, I used to walk roughly 45 minutes between bus stops, but los doctores spoke with the Medical Center’s bus driver for me and hooked me up with a ride straight to my school. Woop! My calves are thankful and my zeal renewed to learn Spanish in order to ask these questions without interpreters… 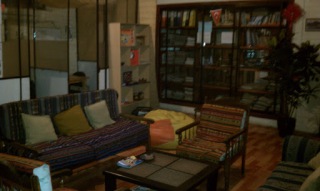 My Spanish school downtown. Adorable, no?
After two hours of lessons with the ever-patient Veronica, I made for the hour-long walk and bus ride back home.
And that’s a typical day for me in Ecuador.
…But my weekends are far from typical, and I can’t wait to share about them in blogs to come!
-Steph :)

One response to “A Typical Day at the Ecuadorian ER”