La Mitad del Mundo
The Middle of the World
Fun Fact #1: Ecuador is named after the Equator because it was where the Incans first discovered it, and where the French Jesuit explorers calculated it!
So of course we had to visit it. :)
I was fortunate enough to meet Kate, another volunteer from England who was staying with the same host family during my last few days in Quito.
Like a couple of touristas, we made a day trip to La Mitad del Mundo, or the “Middle of the World.” 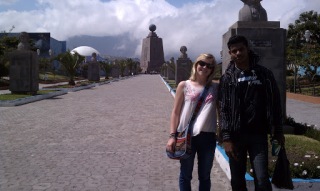 Kate and my buddy Kaduvan

Erected at the site where French explorers calculated the equator to be is an impressive monument with the latitudinal coordinates. 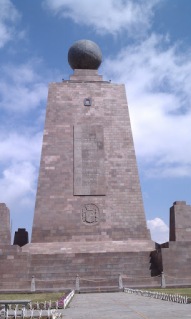 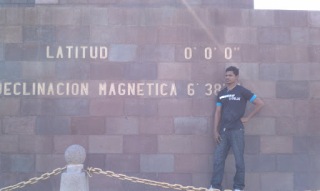 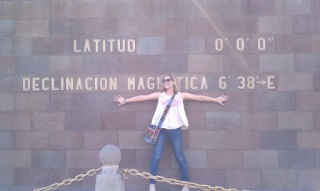 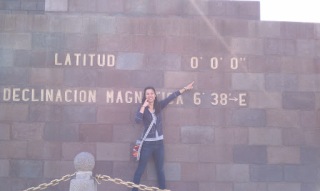 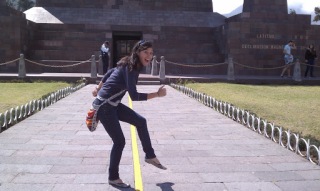 Fun Fact #2:  With the invention of the Global Positioning System, or G.P.S., the actual equator was found to be about 600 meters north of where the monument is.  Turns out those 16th century Incans were right, after all! 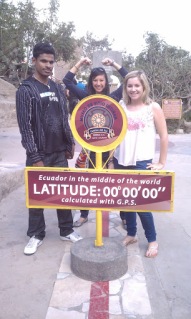 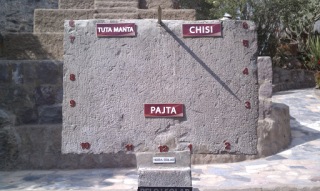 Straddling the line is an outdoor museum explaining some of the phenomena involved with standing at Latitude 0°0’0”. 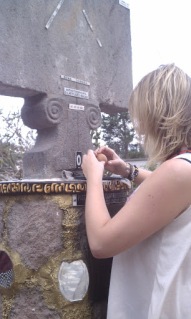 I didn’t get a chance to snap a picture, but on the Equator line you can balance an egg on its point! 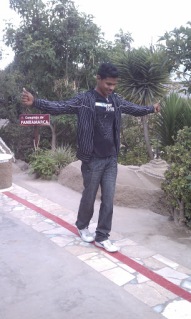 In contrast with the egg-balancing act, apparently your sense of balance is thrown off by the pulls of the north and south magnetic poles…  Kaduvan was having a heck of a time walking straight… 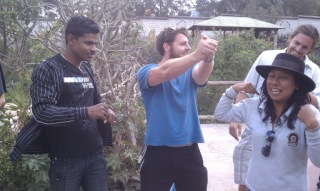 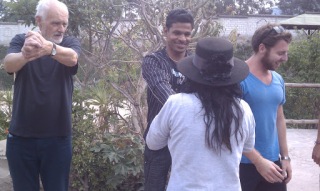 Also bizarre: When you stand on the equator line, the equal pulls of the magnetic poles actually make you weigh less… 2.3 pounds to be exact! For this reason, you have less muscle strength on the line.  In these pictures, our tour guide is pulling on the resisting arms of the guys in our group, first about 3 meters from the line where the guys had no problem lifting her… and then on the line where she pulled their arms down with ease!
We also drained water from basins three meters on either side of the line…and they swirled in opposite directions!  Directly on the line the water doesn’t swirl at all, but just drains straight down.
We also learned some interesting things about the Incans who occupied this space centuries ago: 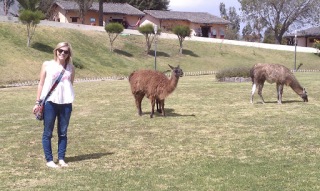 The Incans are the ones who first introduced the llama to Ecuador, which is an important animal for its customs and way of life today. 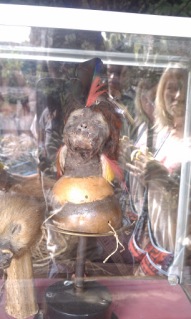 The Incans were ferocious warriors. A common practice was for them to skin, boil, and stuff the heads of their enemies and wear them around their necks as necklaces. It was also customary to shrink the heads loved ones.

Above is real shrunken head of a 12 year-old boy.
It’s understood that if your head were to be shrunken today, it would be about the size of your fist.  Gauging by the size of my fist, I think I would make a nice necklace. 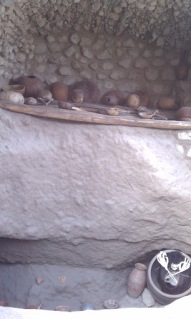 We learned that when an Incan man died, it was customary to bury his wife and children with him, that he might have their company in the afterlife.  They always buried them alive, although sometimes they would give them an herbal drink that caused them to fall asleep before burying them.
If the wife died first, then the man would find a new wife. 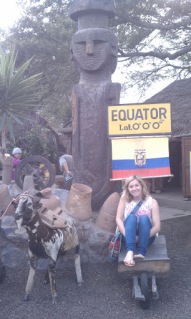