We have an awesome ministry to tell you about.

Jason and I spent a day at Kids Home International, a boys shelter in Antipolo City, Philippines. 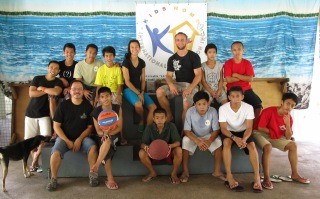 What a cool story behind this place.

ACTION missionary Raffy Sison used to live in Vallejo, California with his wife and kids. He is a Filipino, but studied and worked as an engineer in the States. To him, southern Cali was his home. He made a ton of money and lived a very affluent lifestyle, including a huge custom-built home in a wealthy part of Vallejo.

Over time, Raffy started feeling God’s tug on his heart towards the Philippines. He paid a visit to family, but ended up spending most of his time there distributing Bibles and talking with the street youth and working poor. Eventually, he knew that God wanted to use them there full-time. After talking with his wife and home church about it, they quit their jobs, sold their house, and moved to Antipolo City, Philippines. Within a few years, he saw the need for a safe place for boys off the street to live, learn, and grow into men of God. Taking a huge step of faith, Raffy founded Kids Home International. (Click here to see a PowerPoint about Kids Home).

We say “huge step of faith” because when Raffy bargained for and bought the property on which Kids Home is run, he didn’t have a penny to his name. As a missionary, he himself is funded by supporters and his home church in California… so he especially did not have the kind of money to be buying real estate or founding a shelter!

But hearing the clear call to start Kids Home, he put a ridiculously low bid on the property and got it. But that was just the first step. The second step was making the actual payments! The previous owner agreed to three payment installations throughout this last year. Like a miracle, God provided the first and second installation payments through random and sometimes anonymous donors. They only have one installation left, and Kids Home is all theirs.*

Nice piece of land, no?

Jason and I had the pleasure of visiting Kids Home Int’l and meeting the boys currently staying there. Their stories and testimonies are amazing.

Raffy first meets these boys either straight off the streets, or in the city’s juvenile correctional facility. (In the Philippines, these are referred to as Children in Conflict with the Law). These kids know Raffy well and quickly gather round to talk or do a Bible study when they see him coming. 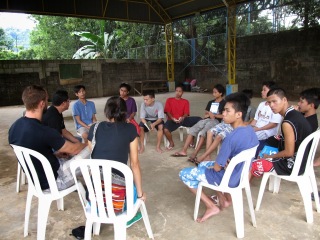 Hanging out and talking with these kids, you quickly learn that nearly all of them are in conflict with the law as a direct result of poverty or troubled home lives.

Upon release, should a boy decide to stay at Kids Home, they find a safe and nurturing place to live. They learn to do chores as a family and have daily quiet times, as well as study to get their elementary or high school degrees. Some of them even get the opportunity to obtain their driver’s license… a big deal for former street kids. A driver’s license means opportunities to work, either as a driver or delivery man–jobs that are only dreams for kids that can’t afford a license. 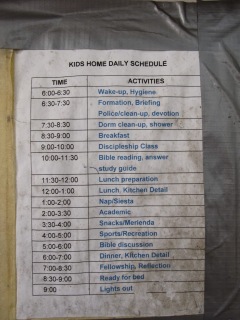 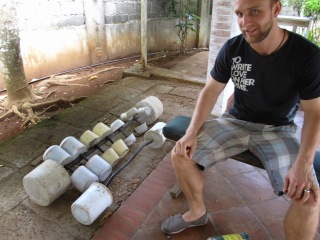 Check out these makeshift weights made of concrete!

It was neat to meet these boys who have new lives and new hope at Kids Home… All boys who would still be involved in gang activities or robbing taxis had God not called Raffy Sison to Antipolo City, Philippines from Vallejo, California. 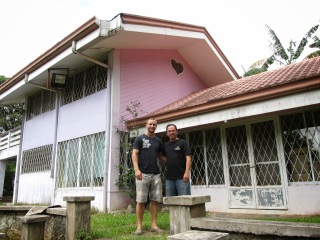 The property even has guest homes for
short-term missionaries to stay while serving.﻿

Meeting kids living in a vacant lot in the city,
where Raffy talks about Kids Home.
﻿ 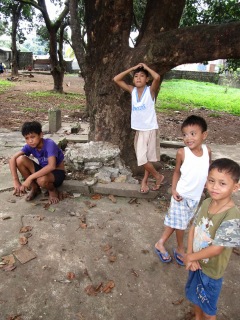 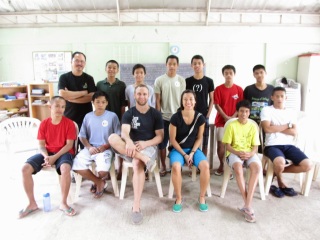 *If you’re interested in donating to Kids Home to help keep it running (food, utility costs, clothes, etc.) or to help meet the last payment for the property, you can send a check to ACTION International’s USA office with a note: Kids Home International-Philippines, or give on Raffy’s ACTION webpage with the memo: Kids Home Int’l.